Delivering the Science of Skin Health.

The VTRAC 308nm wavelength of light in the ultraviolet B range has been shown to be particularly effective for many dermatoses.

Psoriasis is a chronic, autoimmune disease that appears on the skin. The most common form, plaque psoriasis, appears as raised, red patches or lesions covered with a silvery white buildup of dead skin cells, called scale. Psoriasis can occur on any part of the body and may be associated with other serious health conditions, such as diabetes, heart disease and depression. 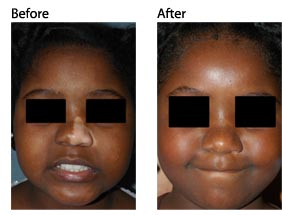 Vitiligo develops on the skin in the form of white spots that vary in size and location. The spots occur when pigment cells, or melanocytes, are destroyed and the pigment melanin can no longer be produced. About half of those who develop this skin disorder experience some pigment loss before the age of 20, and about one third of all vitiligo patients report that other family members also have this condition.

Atopic Dermatitis (eczema) is an itchy inflammation of the skin. A chronic condition that may be accompanied by asthma or hay fever, eczema is most often seen in infants and children, but it can continue into adulthood or first appear later in life.

Leukoderma is an acquired condition with localized loss of pigmentation of the skin. It may occur after any number of inflammatory skin conditions, burns, intralesional steroid injections, or postdermabrasion.